Twisted Halo was the world. Until it wasn’t.

The band called it a day on May 25, 2006, leaving behind a self-titled EP and a sprawling full-length in its wake. They were indie leaders, no doubt, and Vin Dancel its spirited captain. But perhaps their big tragedy was how their chest-thumping rhetoric—one that spurred people to, among other things, release DIY records—was more influential than the music they made and played.

And while he had real admiration for those who were able to pull it off with grace—people like Chickoy Pura (The Jerks), Bobby Balingit (The Wuds), Cabring Cabrera (Datu’s Tribe)—Dancel felt it wasn’t his game.

“[The band] was no longer about the music,” he told me 15 years ago, contemplating the repercussions of his heart-on-sleeve activism, but also acknowledging how it’s inextricably woven into the fabric of the band. “Did you feel that was your fault?” I ask. “Malamang,” he says, pointing to his inability to separate his musicianship from his fight for artists’ rights and other advocacies.

He wanted to do something about his brewing discontent, but it didn’t happen overnight.

The singer went back to practicing law full-time, tended to his then-young (and then-only) son, and let the past seven years (Halo’s lifespan) wash over him like a waking dream. But while he eschewed the trappings of the scene he once hesitantly led, songwriting’s otherworldly pull remained, and in four months he would already have the songs that would make up the first Peryodiko record.

He hit the Conspiracy stage alone on December 12, 2006, at the launch of my first book of poems. There he debuted “Pikit” and “Tayo,” and perhaps it was no accident that he was doing it at the house that folk built: Joey Ayala’s court, you may say, literally and figuratively. Incidentally, before that live public debut, he would let the Bagong Lumad guys (Manong Joey, Bayang Barrios, Onie Badiang, and the late Noe Tiu) hear what he was working on, and it was partly their approval that egged him on.

At the show, I remember ex-Halo cohort Jason Caballa telling Dancel’s wife Kris he thought the songs were magnificent, and that it made sense for his former singer to take the solo route. Vin, however, felt differently, and after considering a handful of instrumental whizzes—including Inky de Dios on keys and Niño Avenido on guitar—he would eventually secure the commitment of bassist Simon Tan, followed by guitarist Kakoy Legaspi and drummer Abe Billano (who was also in latter-era Halo). 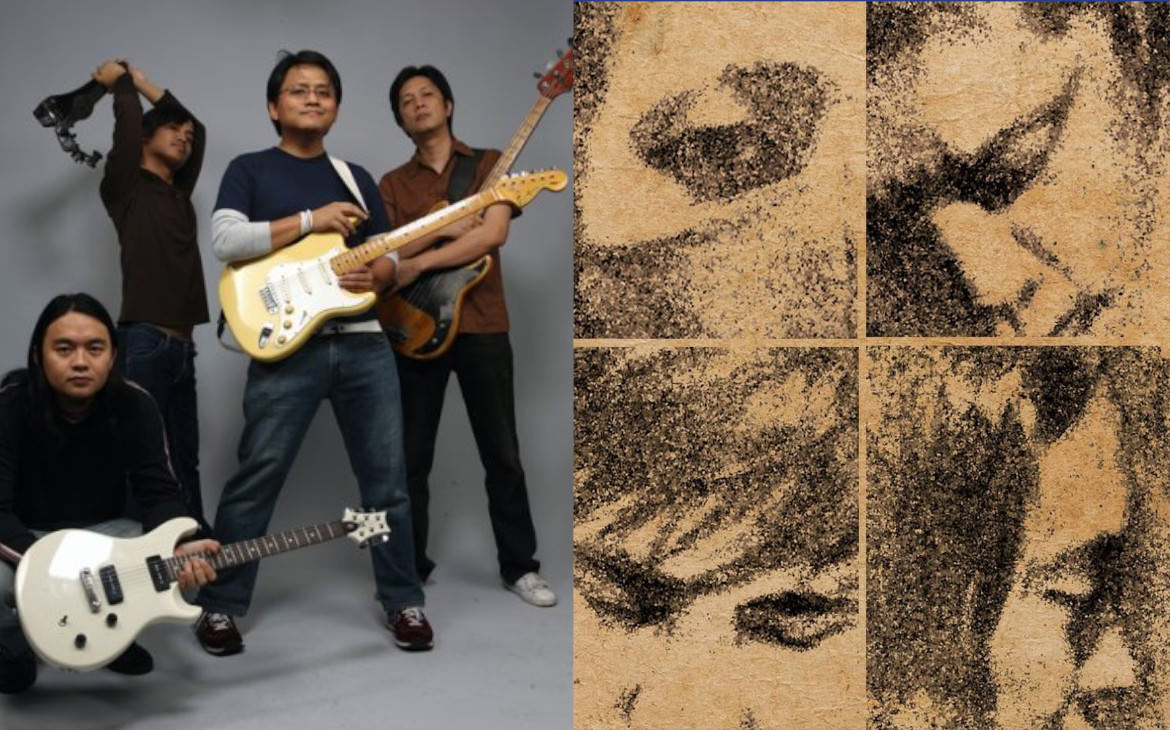 But it was landing Robin Rivera at the producer’s chair that sealed the deal. After initially approaching Raymund Marasigan and Buddy Zabala—who produced Halo’s In Loving Memory of the Fearless Exploits of the Bolo Brigade—Dancel would reportedly be told by the twosome to “Go to The Source,” which was the good professor himself.

He had some trepidations, predictably, because Rivera apparently went hard on his brother, Ebe Dancel, about the demos that would eventually form Tala-Arawan, in my opinion Sugarfree’s best record. But luck was on his side: the fabled Eraserheads producer liked the Peryodiko songs enough to say yes. Funding the recordings were a concern, but when Thirdline took it on, everything looked on the up and up and the sessions rolled on by.

Rivera’s chief intent was to record the album live. “[Gusto niya] live! Lahat! No metronome! Tunog-kahoy!” Dancel animatedly recalls, while also remembering his utter horror at the prospect. They found a workable middle ground, though: instrumentation would be done live and the vocals overdubbed. With seasoned personnel at the booth—Shinji Tanaka and Hazel Pascua over at Sound Creation—the proceedings were in able technical hands.

But what set the first Peryodiko album apart—with songs like the ones already mentioned, alongside serious canon contenders like “Agawan Base,” “Bakasyon,” and “Kumapit Ka Tuwing Lunes”—was its triumph at marrying great tunes with honor-roll-level instrumental chops. In it, there’s a great deal of heart but also some measure of brokenness: something even the best artists struggle to negotiate because, after all, the heart is a messy thing. And thinking otherwise would be lying to yourself.

In Robin Rivera’s online journal devoted to the project, he spoke of the Japanese concept of “wabi-sabi,” which attempts to “[reconcile] the quest for human refinement [with] the organic imperfection of nature,” and he wanted to apply it to the album. He also felt strongly about rebelling against the pervading sheen and polish of that era’s popular recordings.

I mean, who needs sheen and polish when you’ve got ace playing?

If you heard WDOUJI and Salindiwa records then, you can imagine what these guys are capable of. But interestingly, you’d also be completely mistaken, because The Robin Factor wasn’t in the offing for those works. Dancel admittedly wrestled with his own insecurities as a musician with his present collaborators around, but they all agreed that his works and his words would take precedence. In the end, Professor Rivera wrote, “The result is an album that for the most part is refined but organic, finished but unfinished, and perfect in its imperfections. It is complete and full in its simplicity, and free from the burdens of excess and overproduction.”

But above all, man, such great songs.

Built on Vin Dancel’s desire to produce “hopeful” material, and performed with great technical aplomb sans pomp and overstatement—Kakoy Legaspi’s acumen for storytelling via fretboard deserves a story in itself—Peryodiko is modern folk rock done right. “There were days I felt I didn’t deserve to be there. But I knew we were making something special,” Dancel half-kids.

The good news, of course, is that fans and prospective new listeners alike will get to enjoy this formative record on vinyl. It’s remastered anew for the format by Shinji Tanaka, and it will be Backspacer Records’ first foray away from sales and into producing and distributing titles. Label head Robert Tuazon says, “Peryodiko is one of my all-time favorite albums. I think it’s a great representation of OPM […] and I wanted our first pressing to be Pinoy na Pinoy.” He also believes the already-stellar material—from the first and last record to be cut by this maiden lineup—would “sound amazingly better on vinyl.”

The first vinyl edition of Peryodiko’s self-titled debut is slated for an early-to-mid-April release. Pre-order here.

Close Encounters: A Retrospective of Turbo Goth’s “Destroy Us All”