As the world slowly and cautiously returns to holding live music events again, the long-term effects on many music communities—especially independent ones—are yet to be fully known. Solidarity and collaboration has always been a potent element in keeping our music industries alive, and Taiwan’s Golden Indie Music Awards (GIMA) recognizes the role of fostering strong ties between the rich and diverse independent music scenes in Asia and championing Taiwanese musicians.

Established in 2010, GIMA centers on “creation,” particularly to “encourage musicians to create music of all genres.” The Rest Is Noise (TRIN) bears witness to the creativity of Taiwanese musicians and the local music scene in general, having participated at music showcase festivals in Taiwan and inviting Elephant Gym, Manic Sheep, and SEN to perform at our own music festivals in Manila, Philippines in 2018 and 2019—something we hope to do more once overseas live shows are possible again.

Moreover, GIMA’s goal to represent the “freedom, diversity, and power of originality of Taiwanese musicians” is something many independent music entities such as ours at The Rest Is Noise firmly believe in, now more than ever.

GIMA’s creation of the Asia Rolling Music Festival in 2018 affirms its commitment to “allowing the exchange activities of creative music both at home and abroad”—the cultural exchange extending beyond artist performances but also connecting music-oriented individuals from different subsets of various music industries as a “music creation communication platform.” Its 2021 edition continues to hold on to that.

This year’s edition of the Golden Indie Music Awards will be held from November 1 to 7. The week-long activities consist of indie music forum, industry matchmaking and exchange activities to be held on November 1 and 4 at Kafka, Taipei Pop Music Center. Music fans can enjoy live performances on November 2 and 3 at Legacy Taipei. The GIMA ceremonies will take place as the penultimate event on November 6 at Kaohsiung Music Center, capped by a concert the next day, November 7, at LIVE WAREHOUSE Kaohsiung.

Some of the awards up for grabs are Best Album, Best Band, Best Singer-Songwriter, Best New Artist, and more. The full list of GIMA nominees can be viewed on their website.

The Global Indie Music Forum will be held for two days on November 1 and 4. The first session is titled “Local Cross-Media‧Music Production and Sales Summit Meeting” which will focus on domestic music-related industries, also serving as an opportunity for those who wish to learn more about Taiwan’s music market.

The November 4 session, “The Analysis of Independent Music Circles and Market Exchanges in Asia,” keynote speakers will be discussing music markets in Japan, Korea, China, and Southeast Asia.

On November 5, Taiwanese music acts will perform across four venues in different cities, which will be accompanied by pre-recorded live performances from indie artists from Thailand, Indonesia, Philippines, Japan, South Korea, Singapore, and Malaysia. 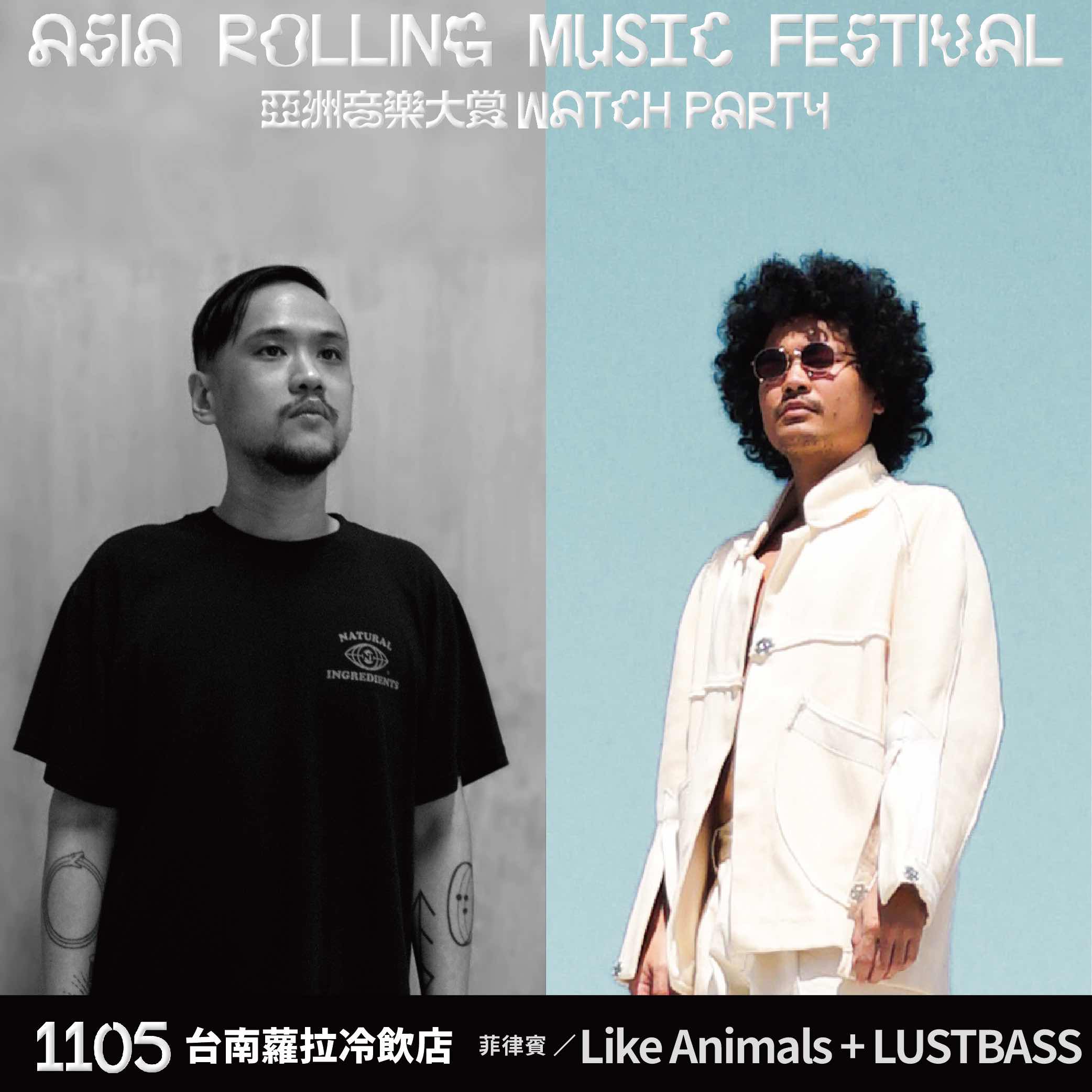 Our very own music producers and beatmakers Like Animals and LUSTBASS will be representing the Philippines in the showcase. Other familiar names to Filipino audiences such as TRIN All of the Noise alum M1LDL1FE, Summer Noise alum Cosmic Child from Singapore; ASEAN Music Showcase Festival alum Buddha Beat from Malaysia and H3F from Thailand will also perform, along with Indonesia’s Bottlesmoker; Singapore’s BGourd and lewloh; Thailand’s Srirajah Rockers; South Korea’s Parannoul and Wedance; Japan’s Cody Lee; and Taiwan’s Yen Ting Lo, Sonia Calico, The Last Wave, Magaitan, and saspin.

An online “watch party” of the event will be livestreamed on Facebook and YouTube on November 12 for music fans from everywhere can enjoy.

For more information about GIMA, visit their website here.